this is the first of a few posts dealing with drawing vectors in Adobe Creative Suite — which really isn’t as difficult as some appear to find it.

these posts are more about understanding the mechanics of vectors — for the very basics on drawing with the pen tool see Adobe’s site.

let’s start with some observations about curved paths : when you draw a circle with the ellipse tool (holding down shift constrains the dimensions to a circle) you get four anchor points. each anchor point has a pair of equi-distant control points :

delete two of those points and you’ll get an ellipse with anchor points at either end. again the control points are equi-distant from their anchor points — that’s what makes the ellipse symmetrical. with a bit of experimenting you’ll find that you can make exactly the same shape with anchor points on either side instead. what does this show? … that there is generally more than one way to create any given curved shape (note: this is important fact number one).

a seriously under-utilised feature of vectors in CS is that you are not restricted to just adjusting anchor and control points — you can also drag the path segments themselves. take that first ellipse and drag the sides out and you’ll find you can create a circle (maybe not exactly perfect, but so close to perfect that it doesn’t matter). this demonstrates important fact number two : any one anchor point can describe a curve up to 180 degrees : 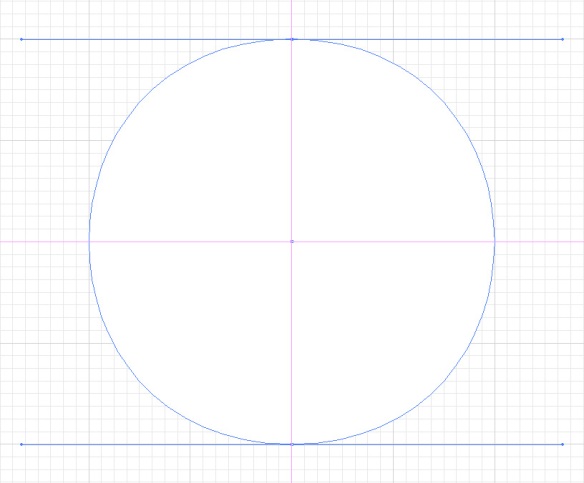