this is a continuation of a discussion started in Illustrator Paths : I, which covered two important facts about drawing vectors. this post will touch on how to anticipate the shape of a curve and drawing economically.

when drawing with the pen tool it can be handy to use a driving analogy — the direction you pull the control point equals the direction of the vehicle (that’s pretty obvious), the distance you pull that control point equals your speed. the three curves below use the same two anchor points and only one control point. the direction of travel is the same for all three, but the speed varies. the first is traveling faster and has to travel further before turning sharply to get to where it’s going. the last one is traveling slower, so can make a more gentle turn : 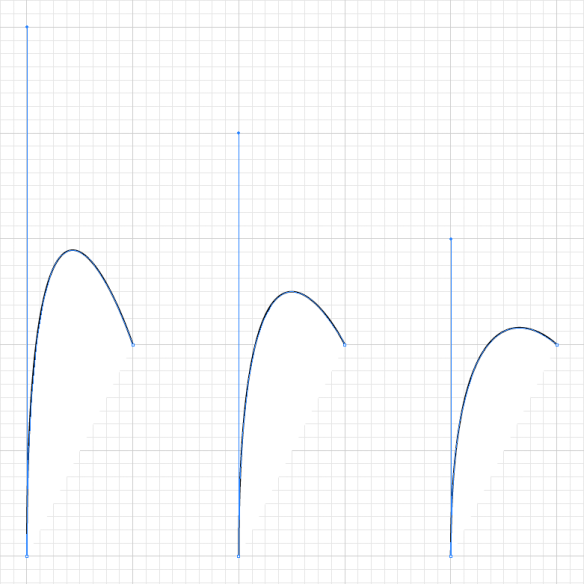 direction and speed — you are controlling only two things every time you pull out a control point. but what a lot of variation you can get between two anchors with just one control point : 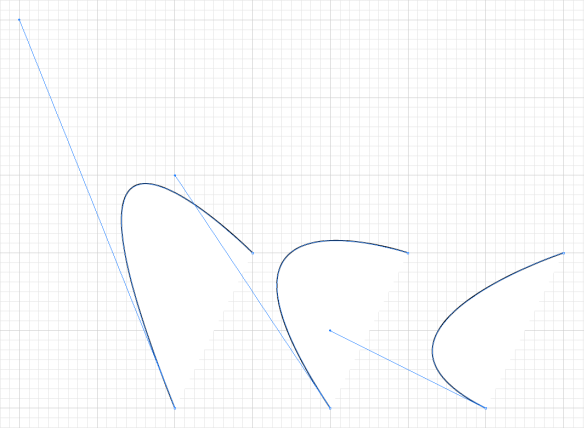 you might prefer the rubber band analogy — direction and stretch — same thing :

now, these are the simplest curves possible — two anchor points and one control point. but any one curve can have two control points — that’s two directions and two speeds interacting with each other — giving us quite complex curves from just two anchors : 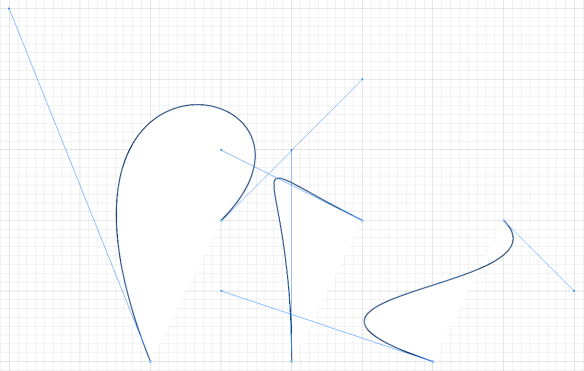 join those two anchor points together and you get quite complex shapes :

and that’s the main lesson for this post — you can get quite complex curves and shapes from very few anchor points. and fewer anchors generally means more beautiful curves.