today we’re going to look at revising the script from the last post to make it more user friendly and robust. here was what we finished with last time : 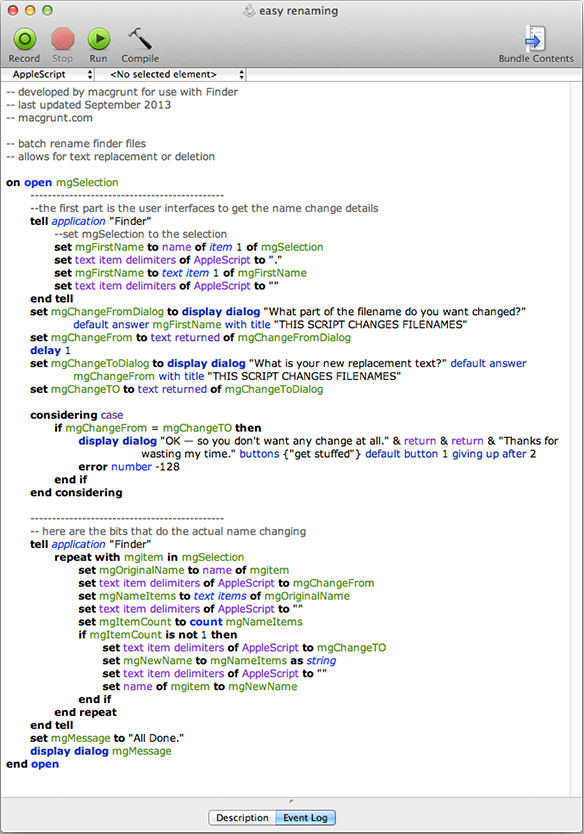 you may need to review how that script functions before proceeding : renaming finder items IV

we’re going to do some simple refinements :

first we’ll add three variables right after the first line of the script :

the first is a simple switch we’ll use for an if/then statement when it comes time to actually change the filenames. the other two are empty lists that will get populated as the script processes the files. these will be the basis for the end reporting.

does that all make sense so far?

now after collecting the change from and change to data from the user and running the considering case check, we’ll have three possible scenarios (apart from the script having been cancelled) :

we can use those possible scenarios to build one of three possible confirmation dialogs like this : 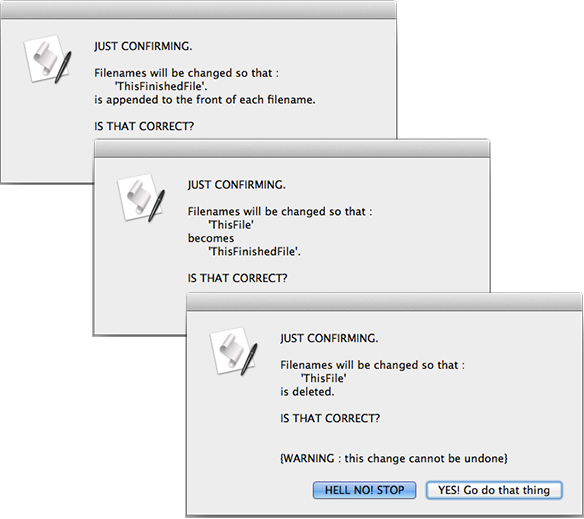 the portion of the script that does the actual name changing is a bit more complicated now. it needs to allow for appending (as required) and for populating those two lists we need for reporting purposes :

and, finally, we have the reporting process. the original script simply popped up a window saying “All Done”. this version will give the user some helpful feedback :

the dialog will list the names of the unchanged files. if there are too many it will just list the first 10 : 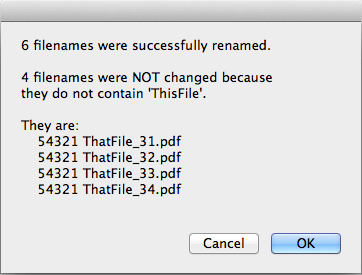 there’s a bunch of different ways to improve this script. the next post will look at changing it so that it can be activated in a number of ways (rather than only by dropping files) and how to make the finished app run MUCH faster.

til then, keep grunting.